our roots are here, amongst the grasses 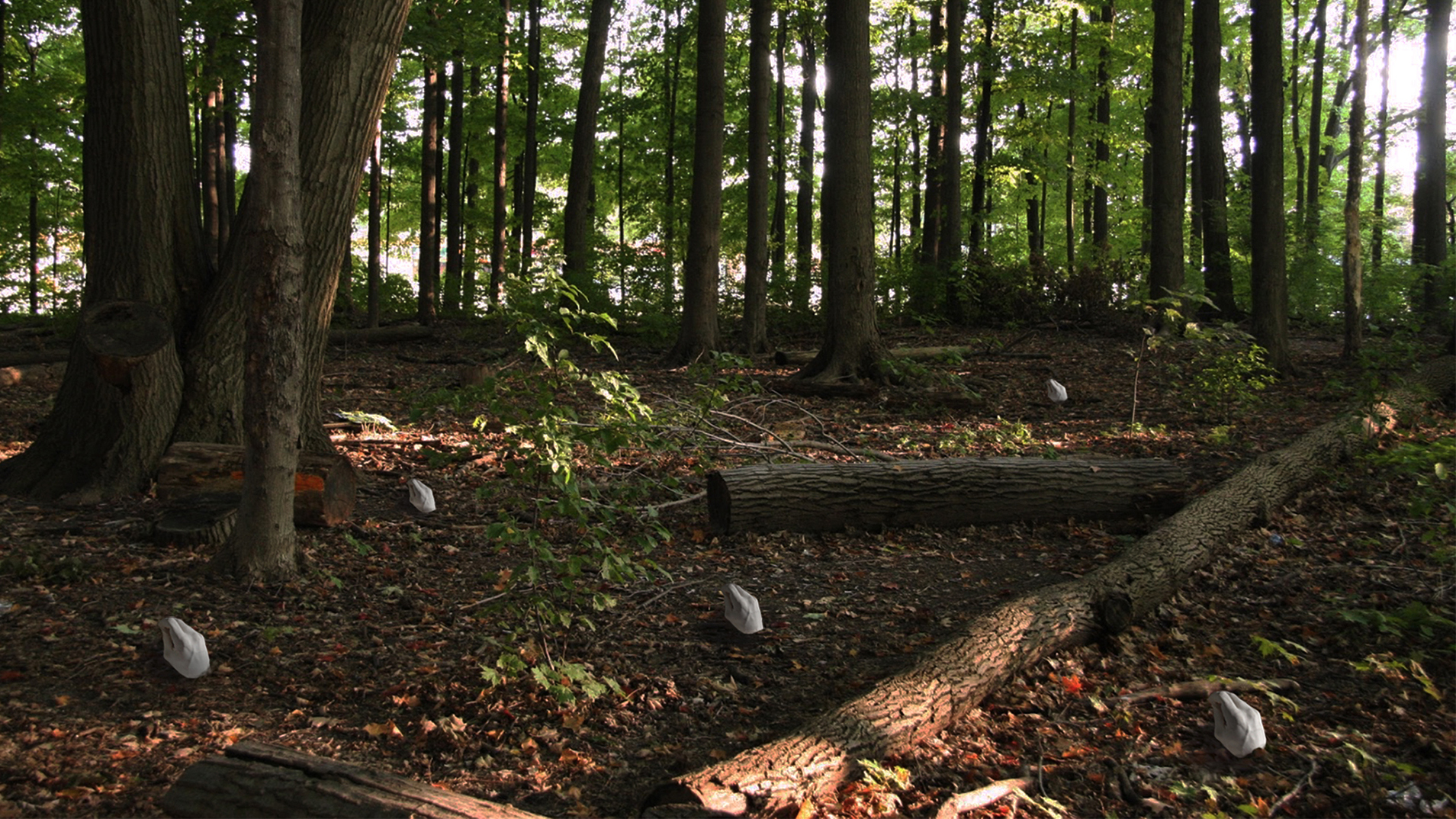 Guest-curated by Scarborough-based artist collective Y+, our roots are here, amongst the grasses will take over the Frank Faubert woodlot in Scarborough. The exhibition-within-an-exhibition has two parts: being who you are there is no other, a two-channel video by Jessica Karuhanga, and collective gestures, a series of cast hands contributed by area residents.

being who you are there is no other is a visual poem that meditates on the wilderness through the intuitive movements of two Black bodies. In the words of Gil Scott-Heron, “the blues was born on the American wilderness.” However, the longstanding presence of Blackness in Canada is often ignored. Who paints the landscapes here, literally and figuratively? Who gets to revel in the wild here? In what ways can Blackness as urbanity be called into question? In this video installation, Black bodies enact gestures in response to one another and the landscape.

collective gestures is a series of small sculptures produced from moulds of Scarborough community members’ hands. Embedded throughout the woodlot, the sculptures will embody possibilities for collective action in Scarborough. The legion of hands asks viewers to consider whose hands have shaped the landscape that surrounds us—and whose contributions have yet to be acknowledged.

Jessica Karuhanga is an artist working through drawing, movement and video. She has presented her work at the Art Museum at University of Toronto (2017), the Art Gallery of Ontario (2016) and Goldsmiths, UK (2016). She earned her MFA at the University of Victoria.

Y+ is an artist collective formed of Danièle Dennis, Daniel Griffin Hunt, Dorica Manuel and Tiffany Schofield. Their collaborative artistic and curatorial work is centered on community-building, with a focus on emerging practices and suburban spaces.